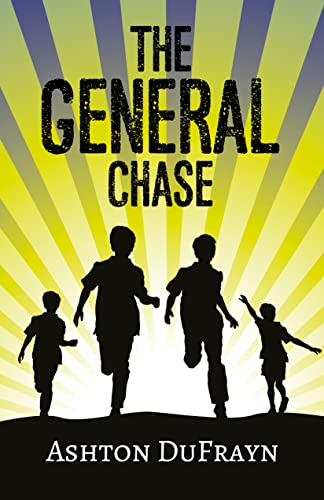 The General Chase by Ashton DuFrayn

“Hoist General Chase!” We grinned at each other as we watched “our” signal raised and saw it trailing proudly in the wind. In the distance a U-Boat submerged stealthily beneath the waves but before it went down it left a treacherous gift in its wake.I stared at the horizon, paralysed with fear, as a tornado streaked menacingly through the bubbling water towards us.Bullies become bullied and foes become friends when a tatty but iconic naval flag and the story of an ace destroyer of enemy U-Boats set naval history alight for an unlikely Band of Brothers. In a thrilling but treacherous sea journey from the Battle of Trafalgar to the Battle of the Atlantic four schoolboys join forces to escape the terror of war on the High Seas and make their way safely home.